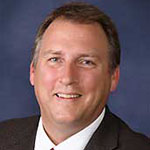 CAPE MAY COURT HOUSE – Dr. Thomas Barrett of Shore Orthopaedic University Associates spent the week of March 8-14 volunteering in the surgical department of the Sihanouk Hospital Center of Hope in Phnom Penh, Cambodia. The center offers free medical care for the poor and disadvantaged of the country, which continues to rebuild after decades of civil war, including the reign of Pol Pot, whose Khmer Rouge practiced widespread genocide during the late 1970s.

Barrett visited the country to instruct surgeons in the use of locked plating techniques to set fractures of the wrist, knee, elbow and other joints. Locked plates for certain fracture types provide superior stability and improved patient outcomes.

“Imagine putting a screw through a hinge on a door frame, instead of the screw toggling free until it’s in the wood,” Barrett explained. “It is actually engaged in the wood so you get very rigid fixation, which holds things more securely.” Locked plating decreases the amount of soft tissue dissection required for implantation, and is less invasive to the surrounding blood supply, Barrett said. “It’s a big jump forward in fracture management.” The trip was sponsored by Synthes International, a manufacturer of orthopedic implants which recently merged with Johnson & Johnson.

Barrett first began his practice in the county in 1999. He renovated a 40-bed nursing home in Court House in 2003, donating all its equipment, furniture and fixtures to churches, other nursing homes and VFWs, he said. Last year he merged with Shore Orthopaedic University Associates and practices in Cape May and Atlantic counties.

Prior to his departure, Barrett said he looked forward to visiting Cambodia, where his son Sean teaches middle-school English. “My son said the Cambodians are the most pleasant people,” he said. “Your heart goes out for them. The country was decimated after Pol Pot and his regime killed half the nation. There are five-star hotels with Hoovervilles and shantytowns right next door. 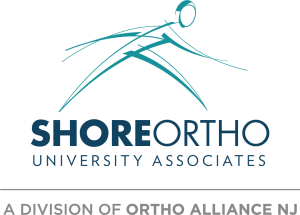